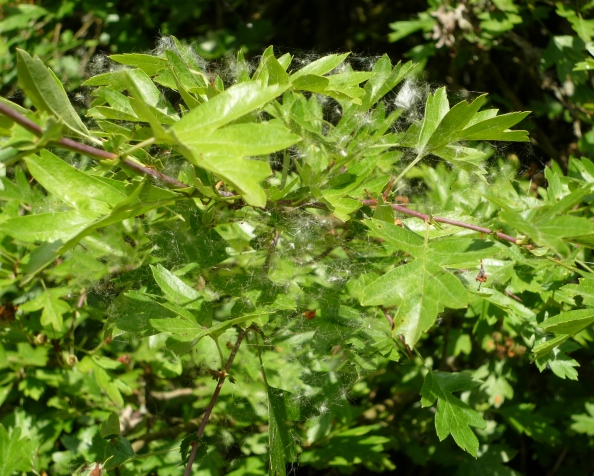 The fragment of a song was playing in Angie’s head — couple of half-remembered words and a bit of melody — over and over on a loop. She paused in her digging to try to recall the rest of the words, but could not, and went back to her task, shovelling earth out of the hole to the rhythm of a mostly-forgotten song.

A fox leapt the neighbour’s fence onto the lawn, a small rabbit hanging from its bloodstained mouth. Angie gasped. The fox looked at her, the rabbit kicked, and Angie instinctively stepped forward and reached out. The fox gave the rabbit a brutal shake, sauntered past Angie and in two jumps went over the fence at the end of the garden, into the woods.

So much for the joys of nature, Angie thought. She dropped the hardy palm tree into the hole and began to fill around its roots, wondering if it was not going to look out of place against the deciduous woodland behind it. Not so Mediterranean after all.

Out of the corner of her eye she saw someone watching her from the woods, someone peering through a mass of green leaves. Angie turned to look. There was rustling, but no-one there, only the trees and bushes. A bird, perhaps? They had heard owls in the woods, so maybe an owl had been looking at her. She turned away again and pretended to be absorbed in filling the hole around the roots of the palm, but all the while paying attention to that place at the edge of her vision where the shy thing might reappear.

It took a while, but at last she heard the undergrowth rustling and saw two large round eyes watching her. That could be an owl, she thought, but it was hard to see anything else but leaves.

Angie wondered what she could do earn its trust. What might it want? Owls were carnivores, so the next day she brought out a piece of steak and laid it on the flat top of the waist-high fence. she retreated to watch from the house, but no owl showed up. Eventually a magpie swooped down and carried off the steak.

Perhaps it was not an owl. She laid a row of peanuts along the fence and stayed in the garden, half-heartedly pruning a rampant buddleia. This time it came. Softly, slowly, as if they were playing a game of statues. Each time she turned a little towards the creature it stopped and seemed to vanish, but when she turned away the eyes opened again, fixed on her, and came a little closer. Now she could tell that it was not a bird, but some other creature. All she could determine from the limits of her peripheral vision was that it was larger than a fox, and had eyes set in the front of its head, like a human.

She stood quite still. There was a quick flurry of movement and when she turned to see, all the peanuts were gone and so was the creature.

The next day she set out more peanuts and stood quite still next to the fence, looking away from the direction of the creature’s approach. After a while she sensed its presence and then saw it softly sneak towards the peanuts. A swift movement took the nuts and the creature retreated.

Without looking round, Angie placed a few more nuts on the fence. Minutes passed as the creature moved up again and took the nuts. She replaced them and turned part way towards it, trying to make out what it was as it crept towards the nuts.

They repeated these moves several times. Each time Angie turned a little more to face the creature, though never looking directly at it.

Eventually it waited just beyond the fence for her to drop more nuts. She did, and fingers like twigs brushed her hand. It was hard not to react, but she managed.

Pulling the last few nuts from her pocket, she laid them down. As soon as she saw the movement, she turned her head to look, and saw two large brown eyes in a face made entirely of leaves, a short body covered in shaggy brown lichen, and little twiggy fingers filled with nuts. They looked at each other for a moment.

She gasped. The creature gave a low squeal and sped away, vanishing into the bushes.

Angie was never able to coax it out again while she was in the garden, but she continued to leave out peanuts, and something always ate them.